Had it not been for the love he has for music and his fans, Highlife artiste, Kumi Guitar, would have quit music long ago because of the betrayal he says he has suffered at the hands of some individuals.

“Honestly, most times, I feel like quitting music because I feel I should have been at the top by now but some individuals end up betraying me.

My former manager Ashes who was to get my songs all over the place did not do that even after he was given money to do so,” he told Showbiz on Tuesday, January 22.

According to Kumi Guitar, the only thing that kept him going is the passion he has for music and his fans who believe in him.

“Music is everything to me. I have great love for it but it hurts when you have the talent and you are not getting to where you want to be because of some individuals. But I know very soon I will be counted among the A-List artistes,” he said.

Known for songs like Betweener, Konkonsa, Dream, Brown Sugar, Same God and Break Into Two, Kumi Guitar said he is grateful to Zylofon Media for giving him the push he needed to get to where he is.

“I will always be grateful to Zylofon for signing me on as the first artiste on the record label. In fact, I have seen great change in my music and I am unshaken despite what the label is going through,” he disclosed.

In spite of the challenges his label is experiencing, Kumi Guitar said he is going to do more this year with his music.

“I have danceable tunes which will blow the minds of Ghanaians. From next month, Ghanaians are going to feel my songs,” he said. 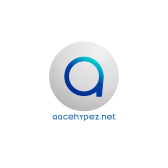