Oguaa Fetu Afahye is a traditional festival celebrated yearly by the custodians of the land as well as the good people of Cape Coast. This festival is also patronized by sympathizers across the world.

The festival has been in existence and celebrated for the past 54 years.

This year’s theme for the celebration is ‘The Falling Standard Of Education In The Cape Coast Metropolis, Stake Holder’s Responsibilities’.

Thursday 17th August,2017: Lifting of ban on drumming and noise making @ 4am 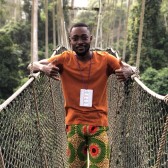