iOS 14 has been announced! Here’s everything you need to know, including when it will be released, which iPhones can run it and all the brilliant new features

Once a year, Apple rolls out a major update to the iOS software that runs on all iPhones. Millions of devices get major new features for free, along with patches for security bugs and interface tweaks. The next update is iOS 14, and it was announced tonight (22 June).

In this article we present everything you need to know about iOS 14, including its release dates (and when the public beta will roll out), the iPhones that can run the new OS and all the new features.

When will iOS 14 be released?

iOS 14 was announced at WWDC 2020 2020 on 22 June, but Apple didn’t say when it would officially launch, saying only that it would be this autumn. Based on previous years, however, we cautiously expect Apple to release iOS 14 to the public between 14 and 18 September 2020.

This rollout is normally tied in with the autumn iPhone launches, falling one or two weeks after the new handsets are announced. Sadly, there are increasingly confident rumours that the iPhone 12 will be delayed until October or later, and because of this we may have to wait a bit longer for iOS 14 too.

Here are the past five iOS release dates.

The first developer beta of iOS 14 was launched straight after the WWDC keynote. If you’re an app developer you can join Apple’s beta programme and give it a try.

There will be a series of public betas too, allowing eager Apple fans to trial the software and help report any bugs before general release. The public beta usually kicks off a few weeks after the developer build is released, giving Apple a bit of time to correct any OS-breaking bugs that developers and Apple insiders might find in the initial build.

We expect the first public beta to arrive around 13 July 2020. Here’s how to join one of Apple’s beta programmes.

Which iPhones will run iOS 14?

Can your iPhone get iOS 14? iOS 14 is available on the iPhone 6s and later. As expected, it’s the same list of devices as iOS 13.

Craig Federighi and colleagues announced a raft of significant new features for iOS, speaking for almost half an hour with no breaks for applause. We’re excited about the changes, so let’s get into it.

(Our colleagues on Tech Advisor immediately pointed out that several of these additions are already available on Android. Point taken. But the way we look at it, a good idea is a good idea, no matter who had it first.)

App Library is a new and efficient way of organising your apps.

Instead of scrolling through multiple pages, you can now access a single view that automatically arranges your apps according to smart categories: Entertainment, Health & Fitness, Social and Apple Arcade were among the ones shown in the demo. (iOS users will be familiar with the platform’s ability to auto-categorise apps, which it offers to use whenever you drag two apps into a single folder.)

Each category page looks like a folder on the App Library page, but with one slight different: the icons aren’t all the same size. The apps you’ve used most often or recently are larger, so they’re easier to launch with one tap. And if you don’t want to see all of your apps on the library screen, you can choose to hide app pages you no longer need.

Two categories at the top are slightly different: Suggestions, which appears to operate in the same intelligent way as Siri App Suggestions in the Notification Centre.

We already had Widgets in iOS 13 – in fact they were added as long ago as iOS 8 – but they used to be confined to the Notification Centre. In iOS 14, at long last, they come to the home screen.

It’s as simple as drag-and-drop: open the widgets draw and drag your chosen widget to wherever you want it to sit on the home page. Apple showed widgets that allow you to choose from multiple sizes – taking up the space of four or eight app icons – but we don’t know if this will available for all of them.

There’s a new widget called the Smart Stack. We think this is like Siri App Suggestions, attempting to predict functions that you’re going to need at a given location or time, but we’ve not seen many details of this.

Picture in picture: Largely self-explanatory, this one. As we’ve had on the iPad previously, if you start a YouTube or other video playing, you can shrink it and have it play in a small part of screen over another live app. You can move it around and resize it.

Apple is talking up Siri’s capabilities – the voice control assistant has generally lagged behind rival offerings, but the company says it’s made a lot of progress for iOS 14.

For a start, it’s been visually redesigned. There’s new graphics, and a different interface that pops up Siri results in a neat little box at the top of the screen.

But more importantly Apple reckons Siri is cleverer than ever. It has, the company claims, 20 times more facts at fingertips than three years ago, and is able to tackle more complex questions like “How do hybrid cars work?” and “Is infinity a number?”

There are new functions, too. You can now tell Siri to send an audio message, and it can run dictation on device rather than relying on a web connection.

Siri can translate more languages, and this aspect of its work is so important now that Apple has spun off a separate app called Translate, which covers 11 languages and works offline.

Translation looks really cool. We currently use Google Translate for these things, and while this is a superb tool with far more languages than Apple is able to offer, it largely (and perhaps understandably, given its breadth of learning) needs to work online.

Apple’s Translation app includes a conversation mode (again, something that Google Translate offers already) which is accessed by turning your iPhone on its side. Where this clever mode does differ from Google is by offering only a single microphone button rather than one for each participant – the app auto-detects the various languages spoken and allocates them to the correct part of the conversation screen.

In iOS 14 Messages lets you pin a conversation to the top of the screen, and adds inline replies – conversational threads, basically – to the interface. In group messages you can choose to be notified only when someone mentions you, a Slack-like approach that will make Messages more useful for collaboration. And the image at the top of a group conversation shows the participants but makes those who’ve spoken most recently larger.

As ever Memoji gets updated, with 20 new hair and headwear styles, including face coverings, and more age options and sticker poses.

Apple rolled out a new version of Maps earlier this year, and the company spent some time trumpeting its new capabilities and more extensive information. More interesting for those of us outside the US is the news that the new map will roll out to more countries later this year, including the UK, Ireland and Canada.

There are guides for cities around the world, which you can save and come back to later and which automatically update when new information is available. And Apple is offering more environmentally friendly navigation assistance, with directions for cycling and electric vehicles (so you are guided to compatible charging points).

CarPlay gets new wallpaper and new categories of apps. But the big news here is the inclusion of digital car keys, which will initially be confined to a single product launch – the 2021 BMW 5 Series – but rolled out to a wide range of vehicles in due course.

Your car key is stored in the iPhone’s Secure Element but can be shared with other people easily via iMessage. This access can be limited, or revoked remotely at a later date.

Initially the feature will be based on NFC, but Apple also discussed the next-gen version based on the Ultra Wideband tech in the U1 chip. This won’t appear until next year.

The big news here is a new type of mini-app called an App Clip – generally speaking this is a small part of an existing app that’s quick to discover and download, and only stays as long as you need it.

Companies can offer App Clips based on their existing apps for use in specific situations. On a web store, for example, an icon could pop up offering an App Clip that lets you buy a product but doesn’t commit you to the rest of the data and functionality on the full app. Or there could be a code displayed at a parking spot, which then takes you to a stripped-down version of an app that lets you pay for parking.

Apple is rolling out its own App Clip codes, which look like QR codes but combine a visual code and NFC.

As well as stripping down existing apps, Apple believes small business that haven’t got an app will create a Clip – or that a larger company like Yelp will create Clips for them.

That’s most of the changes that Apple announced for iOS 14, but there’s a few more tweaks that we wanted to mention.

First of all, there’s a change to the ‘Call incoming’ interface graphics. This no longer takes over the entire screen, but is instead confined to a small box at the top.

iOS 14 will allow you to set third-party email and browser apps as the defaults on your iPhone, something that users have been requesting for years. It’s big news, but for some reason Apple kept it pretty quiet.

And the Activity app so beloved of Apple Watch owners? That’s being rebranded as Fitness.

If this article has been of interest, you may also enjoy our thoughts on the next software update for iPad, detailed in iPadOS 14 release date and new features.

Advice on getting the most out of the current version of iOS, meanwhile, can be found in our roundup of iPhone tips and tricks. 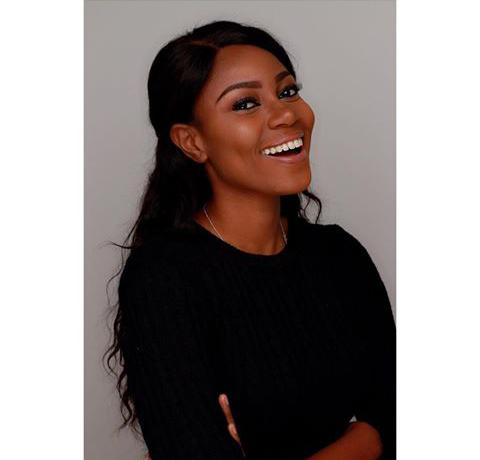 What your favourite celebrity is doing for extra cash

T.Vii Unveils The Official Art Cover For His Much Awaited Single With Afezi Perry 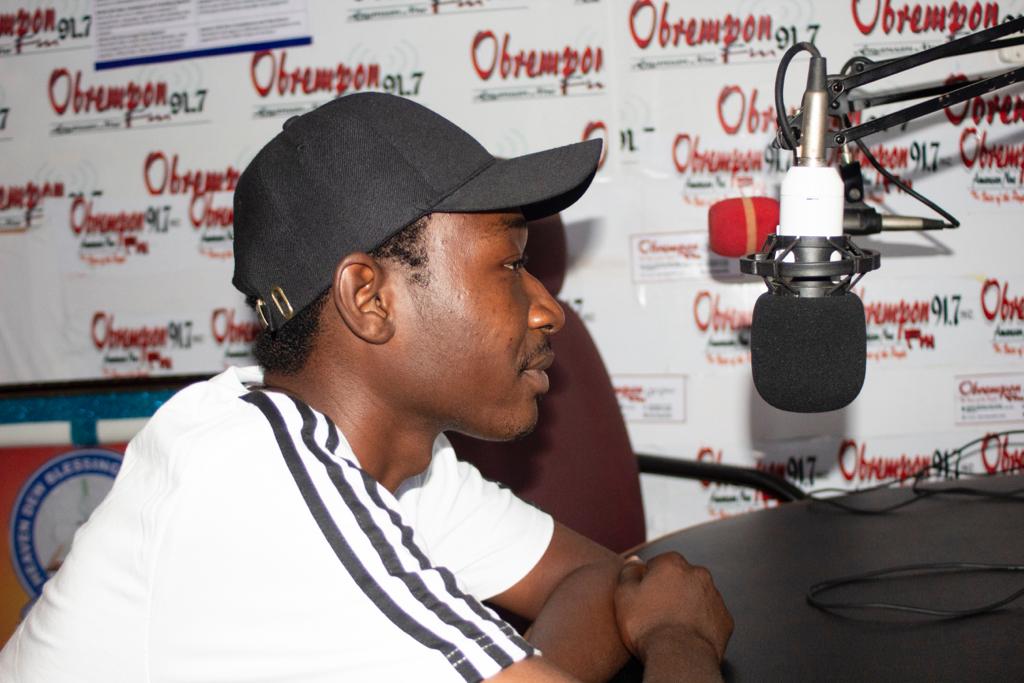 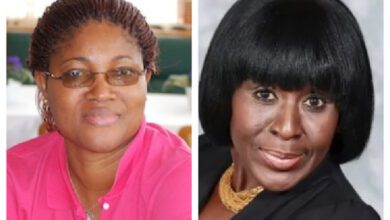 5 richest women in Ghana and their Net worth 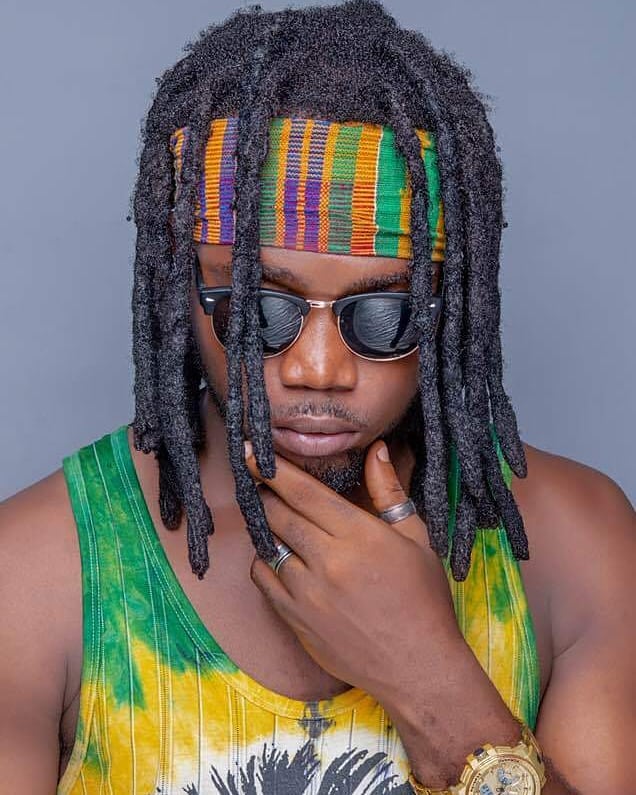 “I’m Not Interested In Central Music Awards; It Can’t Make Me – Kahpun” 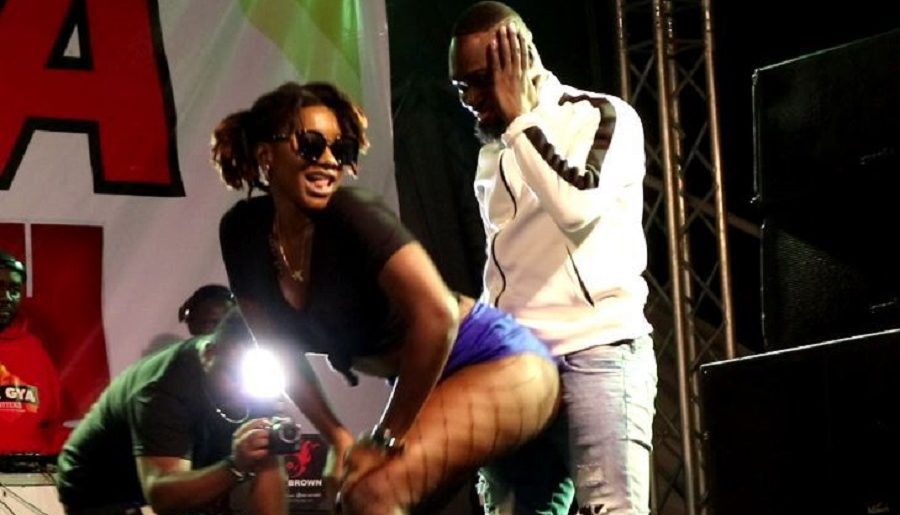